A scholar is a person who has no contradiction in what he says or writes. But if a person writes one thing but when delivers a speech, says just the opposite, then he is no scholar or ‘alim, but an opportunist! Dissimulation when allowed is only in conditions where life is in danger, and not in case of political or economic aggrandisement. Such a person divides people and communities, and thus is a danger to society at large!

Secondly, it is an accepted fact that if a scholar gives the opinion of somebody else, the person being cited is duly acknowledged. A reference is made to that original scholar and the work from where the material is being lifted is cited. If not then instead of being called a scholar, he is labelled as plagiarist! And if a group is formed around such a “plagiarist”, it is called as an axis of evil and fraud. A confirmed Plagiarist is one who when caught would grudgingly accept that what he wrote was a blatant copy of what some other person wrote!

Such persons are not to be applauded but discouraged: even if they have the largest turban over their head!

There is a saying of Imam Ali:

Do not see who is saying; see what he is saying! 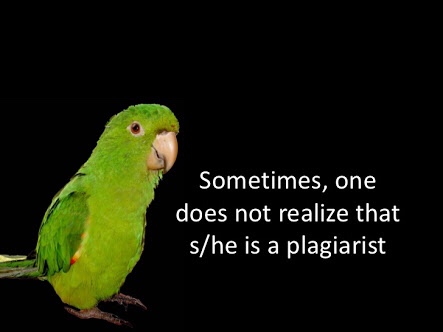