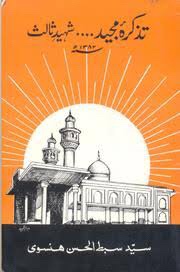 My father late Allama Saiyid Sibtul Hasan Fāzil-i Hanswi was the first to compile a biography of Qāzi Nūrullāh Shūshtarī. It is written in Urdu and is entitled Tazkira-i Majīd fi’l Ahwāl-i Shahīd. It was first composed in the form of a pamphlet published in early 1950’s which was soon expanded into a book. It has since then seen 6 revised publications, the last only a few days before my father’s death. Although written in the typical style of a theologian, it however has some footnotes and a large bibliography at the end. It is the first work on Qazi Nurullah which uses primary sources like Zakhīratul Khawānīn, and the work of Taqi Auhadi, as well as the letters of Qazi Nurullah, his son and other contemporaries. 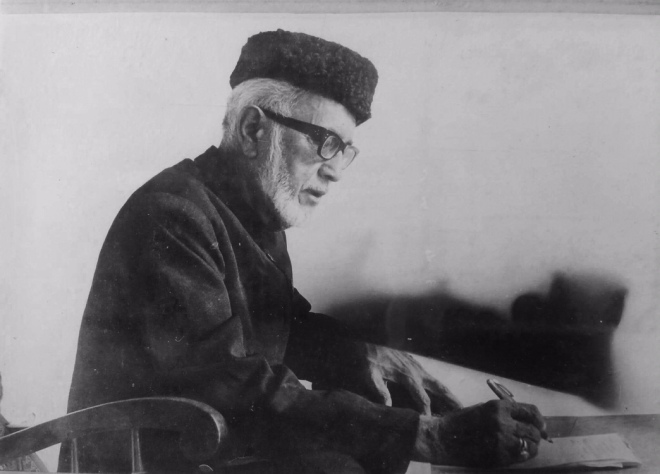 Later on after the death of my father when the late Professor Athar Abbas Rizvi wrote a chapter on Qazi Nurullah in his two volume work on Indian Shias, he literally copied my father to a very large extent, referring only to the initial pamphlet and not the book which my father had himself given him. May his sins be forgiven!

I have heard that a few years back this book has also been translated into English by Sheikh Abbas Raza. I have just seen it’s title cover on the web. Hope one day it’s publishers do send me a copy! 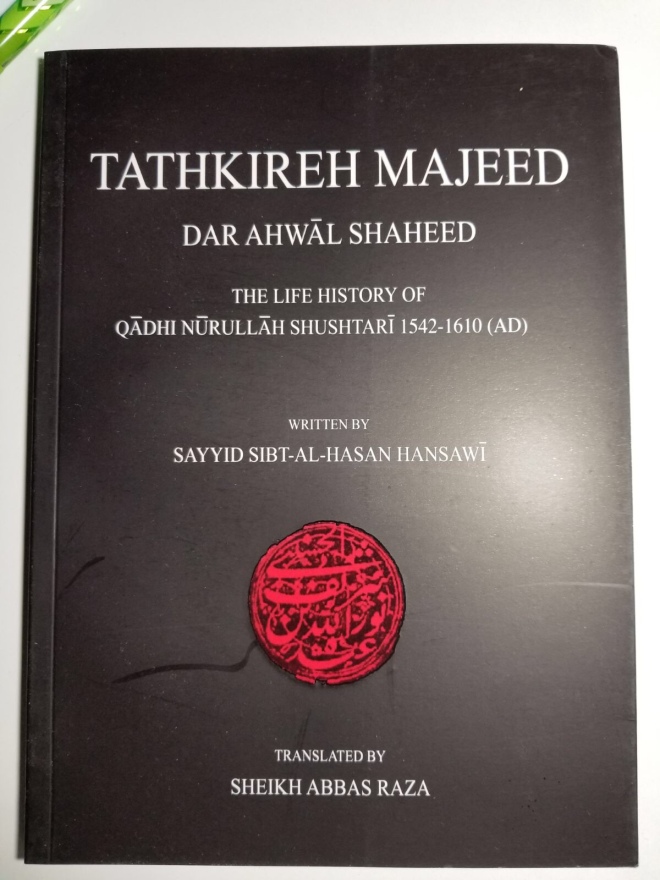 When the book was going for its third edition, my father wanted to include a portrait of Qazi Nurullah which he had found and photographed at Delhi Fort Museum.

But the Shi’i ulema protested as the portrait of the Qazi depicted him as a nobleman, wearing an angarkha, with no beard and smoking a hookah. They wanted an image morphed by some Lucknow artists to be published instead: in this the beard and a “correct” dress with an ‘amāma’: a Shia black turban, was added for a right effect! 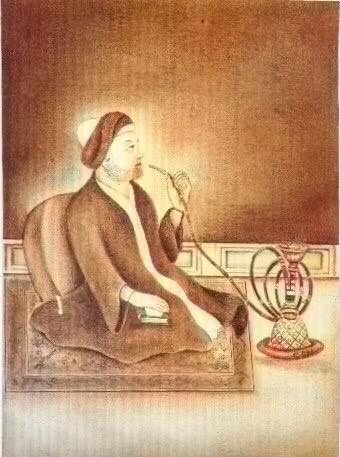 But my father would have none of it, so till date Tazkira-i Majįd has no image and this image remains unpublished!

The portrait of the Qazi since then has disappeared from Delhi Fort Museum and is unfortunately untraceable. What I have is an old unprofessional photo of the original and a copy of the morphed image.

What is the authenticity of this portrait? A noting on its border mentions “Shabīh Qāzi Nurullah”. He is shown wearing a Mughal jāma with a dark printed coat over it. His head is covered with a turban. He is depicted seated on a carpet smoking a huqqa (hubble bubble).

Incidentally tobacco and the hubble bubble were introduced in North India at the fag end of Akbar’s reign and became generally known only during the reign of Jahangir. Asad Beg Qazwini in his Ahwāl mentions that when it was brought to the court and Akbar wanted to try it, the ulama warned him not to as not much was known about it!

Qazi Nurullah was executed in 1610, that is merely five years after Jahangir’s accession. Was the Qazi actually ever exposed to huqqa? Very doubtful!

The sixth edition of the book can be downloaded here:

2 thoughts on “Qazi Nurullah Shustari: His first Biography and Portrait”