After the annexation of Golcunda and Bijapur and after the execution of Shambhaji, the problem before Aurangzeb was that the Mughal army lacked a centralized target: where to strike as there was resistance faced at every place.

Bhimsen in his Nuskha-i Dilkushā says that every small garhi (Fortress) offered resistance to the Mughal army in Golcunda, Bijapur as well as in the territories of the Marathas.

Raja Ram took up the leadership of the Marathas after Shambhaji. It was at this stage after 1689 that the Maratha resistance was converted into a popular resistance against the Mughals. It became a mass movement.

Letter and seal of Raja Rām

In the rural areas in the territories of the erstwhile kingdoms of Bijapur and Golcunda, and in the Maratha territories, the local aristocracy, the zamindars and deshmukhs, refused to accept the over lordship of the Mughals unless an army was deputed against them.

It was only then that they would surrender their forts. Thus now Aurangzeb systematically started the campaigns against the Marathas for capturing the forts one after the other in the Deccan: And the Mughals were traditionally weak in capturing the forts.

All the energies of Aurangzeb were spent in capturing the forts and subduing the petty landlords or in compelling them to accept the over lordship of the Mughals. Bhimsen says that if three months were taken to capture the fort and the Mughal army left, the Marathas would recapture it back within ten days!

The Mughals followed the policy of qilagiri, while the Marathas practiced mulkgiri says Bhimsen.

Bhimsen was extremely critical of this policy of Aurangzeb. This was a vicious cycle: the nobles who had their jagirs in the Deccan could not realize the full amount due to the Maratha depradations. And when they could not realize the full amount from jagirs, they could not maintain their full contingents. From where was the money to come? They did not cut on their luxuries but compromised on their tābīnān (contingent retainers). This adverse effect on the contingents further tempted the Marathas to attack.

Thus the vicious cycle went on and ultimately involved the whole empire, with the result that the nobles, their households and haram, the eunuchs and pet animals were all taken by the Marathas. This is what Bhimsen criticizes and not the imposition of Jizya!

Thus between 1689-1707 the Maratha movement acquired a new dimension. It became a popular resistance against the Mughals.

That is why although Raja Ram was not a very effective man; there was a re-emergence of Maratha power under him.

The last Decades of Aurangzeb

Raja Ram was succeeded by Tara Bai, who had to look after and feed two children, and yet the struggle continued and in the last 15 years of Aurangzeb’s reign the Maratha re-emergence was such that it completely paralysed the Mughal administration in the Deccan.

Aurangzeb conceded his failure in one of his letters, but the will to crush the Marathas never abandoned him. Until the last days of his life he never hesitated to lead an expedition.

In the Deccan he lost the war but not the will: he was fighting against heavy odds. 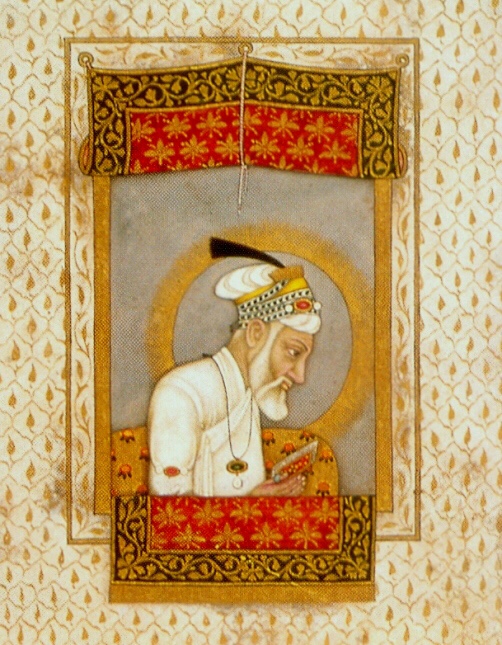 The situation had reached a point that the Marathas became so impertinent and audacious to attack the Imperial camp when Aurangzeb fell ill. They could be repulsed by Zulfiqar Khan and Dalpat Bundela after great difficulty.

Why did Aurangzeb fail in the Deccan?

One of the reasons was that the Deccani Hindus and Muslims alike considered the Mughals as aggressors and were not prepared to reconcile with the Mughal rule. This was especially true for the Marathas. All the attempts made by Aurangzeb to incorporate the Marathas into the Mughal aristocracy, so that they could become the firm allies of the empire as the Rajputs had been in the north failed.

Secondly, the heart of the Mughal aristocracy was not in the Deccan. All the top Mughal officials and generals were convinced of the failure of the Deccan Policy of Aurangzeb and were thus not co-operating with Aurangzeb as was absolutely essential.

We have the evidence that towards the close of Aurangzeb’s reign, i.e. 1690 – 1707, when the Marathas re-emerged, two groups were formed at the court: One consisted of Ghaziuddin Khan, Hamid Khan, Nizam ul Mulk and Muhammad Amin Khan. All of them were Turanis by family and group. This group headed by Ghaziuddin Khan had stakes in the Deccan and wanted to carve out an independent principality at the cost of the Mughal Empire in the Deccan after the death of Aurangzeb by suppressing the Marathas.

The other group consisted of Asad Khan, Zulfiqar Khan, Ram Singh Hada and Dalpat Bundela. This may also be defined as racial-cum-personal group. The approach of this group was also the same, i.e., the carving of the Mughal Empire but with the cooperation of the Mughals.

End was the same, means different. The rationale is that both the groups were convinced that the Deccan policy was a failure.

The third reason was that the full cooperation of the nobility was lacking for Aurangzeb.

Then again, the main weakness of the Mughals was that they could not face the guerrilla attacks of the Deccanis. It was against this tactics and popular support in 1690-1707 that vast military resources of the Mughals were used.

It has also been argued by certain historians that it was a mistake on the part of Aurangzeb to annex Golcunda and Bijapur as these states were the bulwark against the expansion of the Marathas.

By annexing these two places, Aurangzeb removed the buffer state between himself and the Marathas, thus strengthening the Marathas further.

Jadunath Sarkar gives an effective answer to this contention. Neither Golcunda nor Bijapur was in a position to suppress Marathas more effectively than Aurangzeb. So if the Marathas had to be suppressed effectively, Golcunda and Bijapur were to be annexed as they helped the Marathas.

Apart from all this, there was also lack of scientific and technological advancement, as a result of which there was hardly any difference between the Mughals and the Maratha armies. Numerical superiority lay with the Marathas so the earlier advantage which the Mughals had in the Deccan was now not available.

The Marathas had the further advantage because they were fighting in their own homeland and were adopting a new technique of warfare which has been defined by Persian historians as qazzafi and by Deccanis as bargi giri and by the English as the guerrilla tactics.

There was also a feeling of regionalism. That was a historical legacy. North was different from the south and the people of the south. This resulted in the demonization of the people of the north. Thus the Deccanis were not prepared to accept the Mughal rule.

It is a mistake to consider the Maratha movement as a National uprising because India was not a nation in the 17th Cent. The concept of nationhood was not known.

It is again a mistake to consider that it was the manifestation of Hindu feelings or a Hindu reaction against the so-called anti-Hindu policies of Aurangzeb. Hindus and Muslims alike (Marathas and Afghans) opposed the Mughal rule.

It was because of these reasons that in spite of all possible efforts made by the emperor, and in spite of the fact that Aurangzeb was an ideal monarch: courageous, cool and calculating, free from vices of the upper class of the 17th century society. In spite of all these personal qualities Auranzeb was a failure in the Deccan.