My father, Saiyid Sibtul Hasan (black achkan) with the last king of Afghanistan King Zaheer Shah. The photograph was taken in 1955 when the later was at Aligarh Muslim University.

In the middle is Mr Shahid Sherwani, the then incharge of Urdu section of the AMU Central Library known as Maulana Azad Library. He later succeeded my father as the Incharge Manuscript Section.

The prestigious manuscript section of the Azad Library (for which the library is known throughout the world) was in right earnest ‘established’ during the vice-chancellorship of Dr. Zakir Husain (who ended up ultimately as the President of India) and through the endeavours of my father Late Saiyid Sibtul Hasan, popularly known as Fazil-i Hanswi. 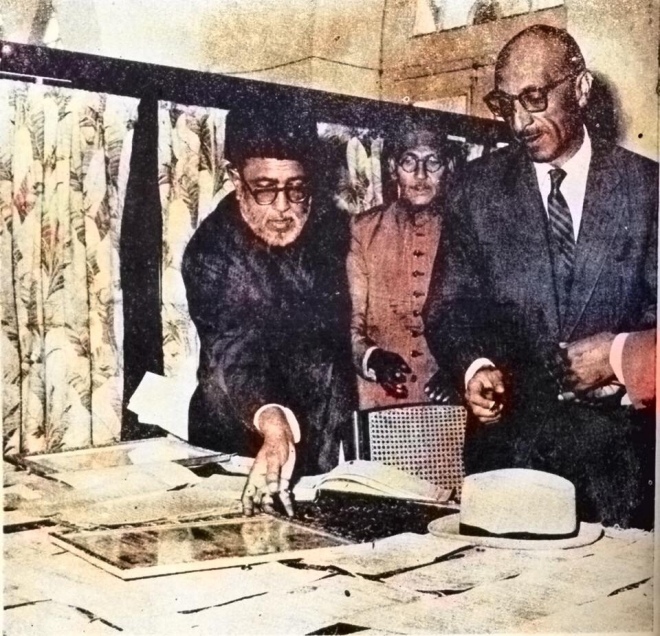