May 18th is celebrated as the International Museum Day. The objective of this day is to raise awareness of the fact that, “Museums are an important means of cultural exchange, enrichment of cultures and development of mutual understanding, cooperation and peace among peoples.”

The International Council of Museums (ICOM) established International Museum Day in 1977 to increase public awareness of the role of museums in the develop- ment of society, and it has been steadily gaining momentum ever since. In 2017, International Museum Day garnered record-breaking participation with more than 36,000 museums hosting events in some 156 countries. The event highlights a specific theme that changes every year and that is at the heart of the international museum community’s preoccupations. The theme chosen for 2018 is “Hyperconnected museums: New approaches, new publics”

There is no better way to celebrate Museum Day than to take a trip down to a nearby museum, either alone, with friends, or even your children if you feel they are old enough to appreciate the place. In fact, I personally think that young children should necessarily be exposed to our museums and past heritage.

The Ashmolean Museum is Britain’s first public museum and the oldest university museum in the world. In 1677, it received its first collection, the cabinet of curiosities from Elias Ashmole. The Capitoline Museums in Piazza del Campidoglio in Rome, Italy, are some of the other oldest museums in the world. Capitoline Museums opened their door to the public viewing in 1734. Musée du Louvre, Paris was established in 1793.

Aligarh Muslim University thus since its inception as a college boasts of a Museum. Along with the Strachey Hall, it’s adjoining buildings and the Jami’ Masjid, Sir Syed Ahmad Khan conceived of a museum, the Nizam Museum. 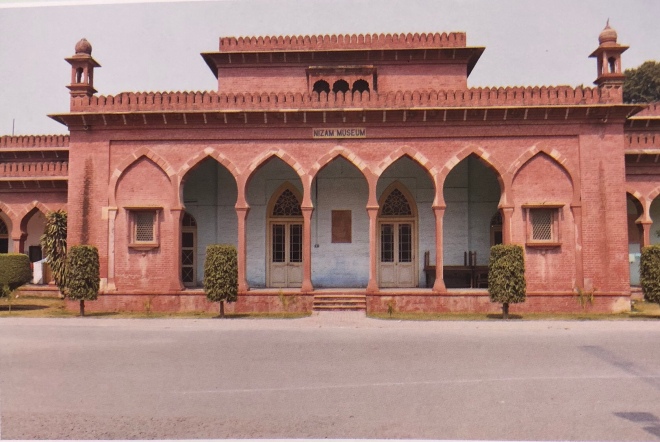 The building of the Nizam Museum is now just a heritage structure with its original contents long shifted from there. The only thing of the original Museum there remains a stone slab inscription of Sultan Balban which once adorned a mīnār of the Sultan which was taken down by the British in 1858. It once stood in front of the Jami Masjid of Muhammad Shah in the Upperkot area. Sir Syed brought this inscribed stone and fixed it on one of the walls of the Nizam Museum. 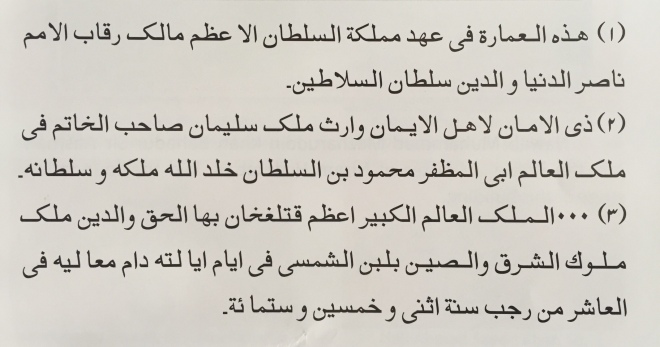 The founder of the M.A.O. College which later was to be upgraded to a University in 1920, was a great Connoisseur of art and a person who had deep interest in the past of our country.

Even before the establishment of the Archaeological Survey of India under General Cunningham, he was actively involved in exploring the Archaeological remains of Delhi. In 1847 the Delhi Archaeological Society had been formed, and Sir Syed was an active member. It was in the journal of this Society that he wrote a path breaking article on bricks of different ages found at the important site of Hastinapur. Subsequently, the only other paper devoted to this topic was by Sir John Marshall who wrote and recorded the sizes of the bricks at Saheth Maheth. As a true archaeologist of the Historical period, Sir Syed paid great attention to the recording of Epigraphic evidence. He records all inscriptions which he found. Even those which were in Prakrit, whose language and script he did not know. He copied them as it is!

During his stay at Aligarh he carried out explorations and surveys in the neighbouring areas and collected stone sculptures, door jambs and other antiquities which were then kept in the Department of History. They are now on display at the Central University Museum in this very complex.

Subsequently during the tenure of Professor S Nurul Hasan, when an Archaeology Section in the Department of History was conceived, Professor RC Gaur was assigned the task to gather all the scattered archaeological artefacts collected by Sir Syed. And now as a result of the painstaking endeavours of Professor Gaur a Museum along with the Archaeology Section came to be established. It was known as the Sir Syed Archaeology Museum. 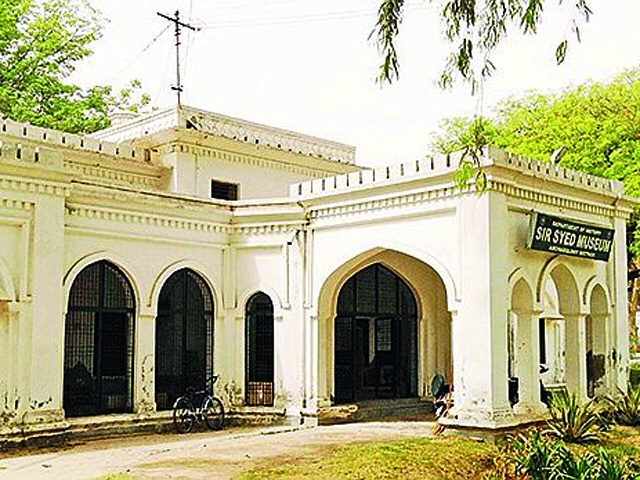 Professor RC Gaur has published a catalogue of this Sir Syed Collection.

In 2014 during the Vice Chancellorship of Lt. General (Rtd.) Zameeruddin Shah the Sir Syed Collection was shifted to the Kennedy Hall Complex which had been constructed by Ford Foundation in 1961. Along with a complex devoted to Cultural activities, the Ford Foundation had built here a modern building of a Museum, the facade of which the famous painter, MF Husain had created a mural devoted to Science and Technology. Soon this building cane to be occupied by a small science museum managed by the Department of Museology.

In July 2014 a US-based well-wisher of the university, Mr Musa Dakri, donated a sum of $50,000. With this seed money the then Vice Chancellor decided to merge the small pre-existing museum which basically displayed models and some trivia with the Sir Syed Archaeology Museum of Department of History. Thus was created the University Musa Dakri Museum. 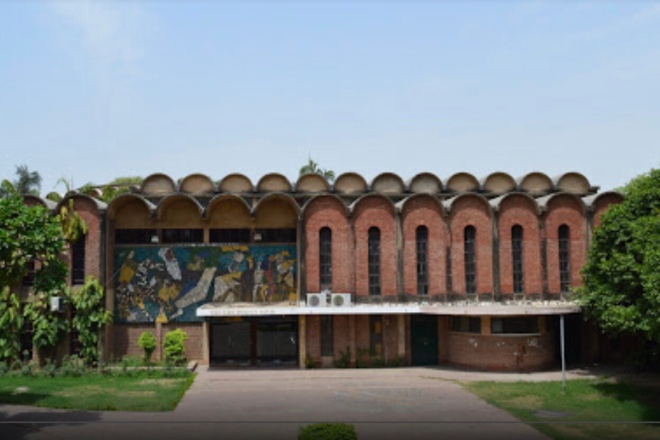 To this University Museum, the Department of History not only extended on loan the Sir Syed Collection, but also other important archaeological artefacts and finds. Material from excavations such as Atranjikhera (excavated by RC Gaur), Jhakhera (excavated by MDN Sahi) and Fathpur Sikri (ASI & RC Gaur) apart from certain other sites is on loan from the Department of History. Other Departments like Geology and Zoology have also extended some of their resources. Copies of some of the documents related with the history of our institution is also on display as also is some miscellaneous material.

In August 2019 we were able, with the permission of Professor Tariq Mansoor, the incumbent Vice Chancellor, to transfer the Inscription of Balban from the walls of the Nizam Museum and make it part of the other artefacts of the Sir Syed Collection at our museum.

The first Coordinator of this Museum was Professor Ali Athar. In 2017 the task of maintaining it as a Coordinator fell on me. I performed my duties till 8th April 2020. Along with me, Professor Abdur Raheem K, the Chairman of Department of Museology was nominated the Deputy Coordinator. Professor Manvendra Kumar Pundhir, as In charge of the Archaeology Section of the Department of History was appointed as the member.

As of now the Museum is divided into five broad sections:

a) The Science and Natural History Gallery: Most of the Ground floor galleries are taken over by replicas and models.

b) The History of Aligarh Gallery: This contains copies of documents, rare photographs and miscellaneous items which throw light on the establishment of MAO College. Some other items are also displayed there.

c) Sir Syed Gallery: A room on the ground floor is dedicated to all those sculptural pieces and artefacts collected by our founder during his lifetime. Popularly known as the Sir Syed Collection, most of the objects in it were collected by Sir Syed from the areas around Aligarh district.

d) RC Gaur Gallery of Archaeology: On the First Floor the vast galleries are devoted to the archaeological artefacts and relics discovered and found during various excavations and explorations. The most important sites from where the relic come are Atranjikhera, and Jhakera.

e) Gallery of Medieval Archaeology: A room on the first floor has been dedicated to display material from Medieval period. Though this gallery is meant for temporary displays, some rare artefacts found during excavations at Fathpur Sikri – jars, pottery sherds, decorated tiles, vials, perfume bottles and coins are on permanent display.

Last year a number of Exhibitions organised by the CAS Department of History were put up in this gallery which included one on Medieval monuments along the Mughal highway between Amritsar and Allahabad, a pictorial history and journey from MAO College to AMU and one on the Life of Akbar the Great.

The holding can be enumerated as under:

1. Sir Syed Collection comprising of the antiquities and other archaeological objects like sculptures, carved stone pieces, doorjambs and concrete panels. The sculptures preserved in the collection date from 1st century A.D. to 11th century A.D.

2. Explored Collections: This section is divided into (i)  Acheulian tools and (ii) Stone Sculptures and Terracotta Figurines.

b. Stone Sculptures and Terracotta figurines: These artefacts were collected from the area of Western Uttar Pradesh namely Aligarh, Etah, Farrukhabad, Meerut, Mooradabad, Hathras, Muzaffarnagar and Bulandshahr etc. by the archaeologists of the department of History like Prof. R.C. Gaur and Prof. M.D.N. Sahi.

All these Galleries have come into existence in the last one year. Amongst our proud possessions, apart from the Sir Syed Collection, we have some Mauryan and Post-Mauryan Brahmi terra Cotta seals. Brahmi as one knows is one of the oldest scripts in India. It is also known as the ‘mother’ of the modern Indian scripts like nagari and Tamil. 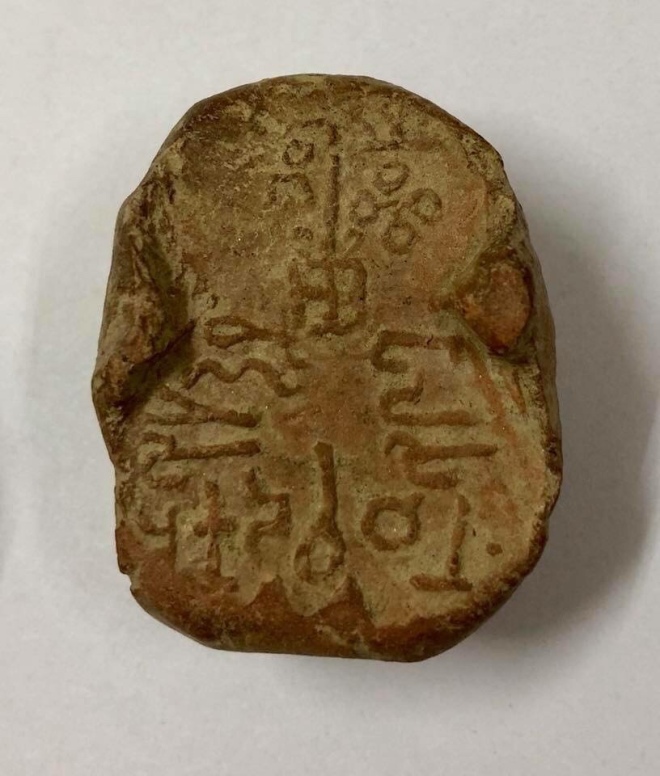 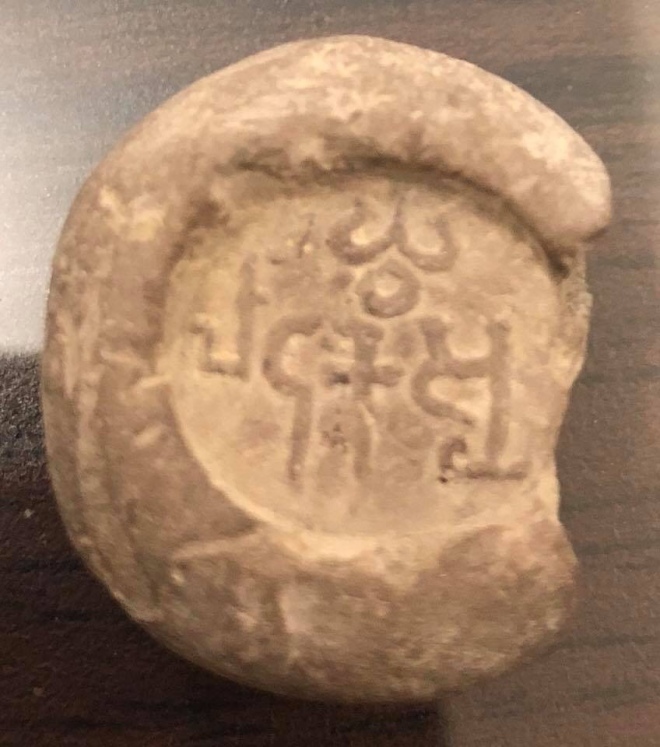 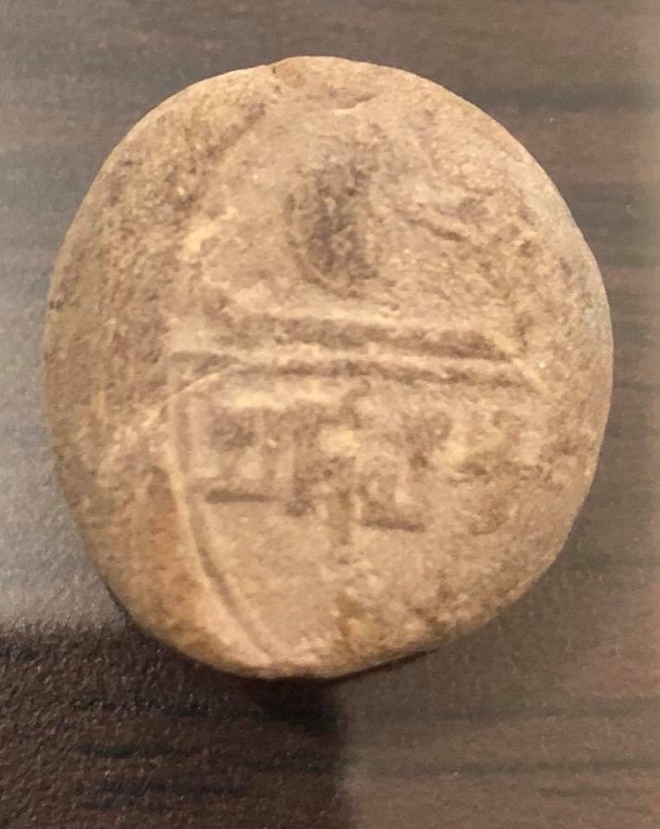 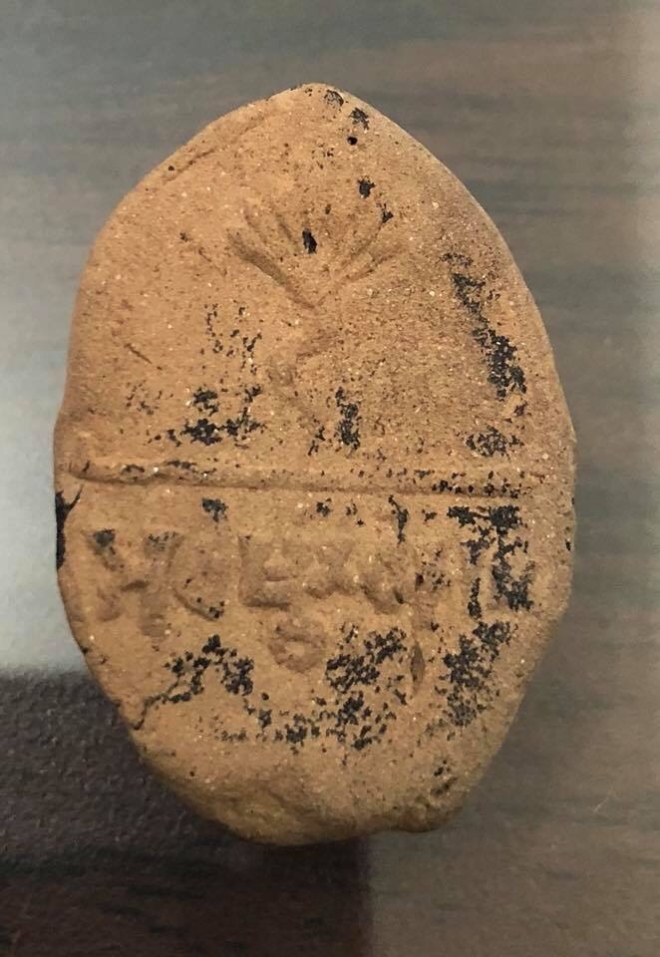 In August 2019 the Inscription of Balban at the Nizam Museum was also taken out from the wall and shifted to the Museum. It has been permanently displayed along with the other artefacts and sculptures collected by our founder in the Sir Syed Room. 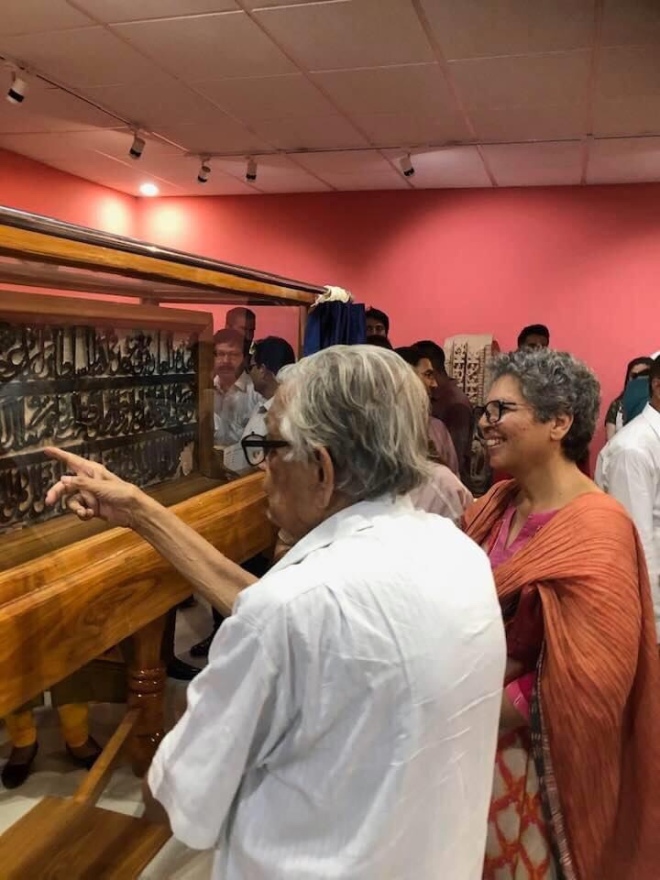 The RC Gaur Gallery together with the Sir Syed Gallery has more than 3000 original and rare artefacts on display ranging from pre-historic terra cotta toys, to first iron objects (from Atranjikhera) to pottery to sculptures. We also have stone door jambs, amalakas and pillar shafts and bases. In the galleries on the ground floor we have some medieval dress materials like angrakhas as well as a collection of many varieties of phones. In our random collections of things donated by various patrons we have a number of rare medallions, crockery sets and even a wooden boat gifted to one of the army veterans. It is a must visit place for not only researchers and history buffs but also for school and college going students. A child for example can learn a lot from the displays in our Natural History Section as well as he can easily understand the evolution of culture and humans around him.

The Museum also houses the original clock which once was fixed on top of the famous Victoria Gate. When a new clock was installed there during the tenure of Lt General Zameeruddin Shah as Vice Chancellor, he had the original donated to the Museum. Now it is one of our prominent display.

Here are some of the random photographs of our displayed items: 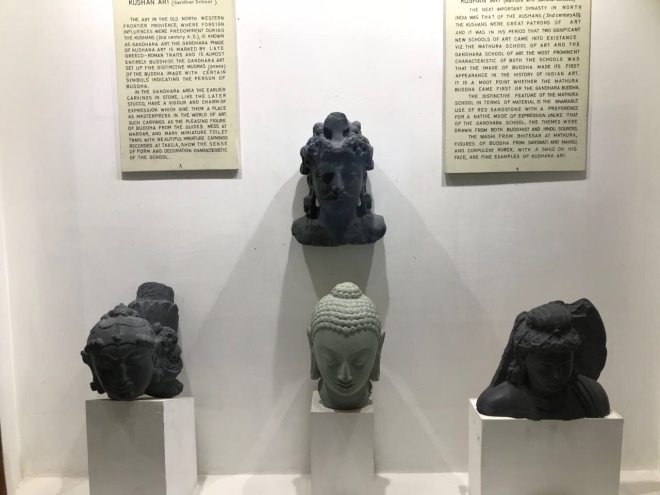 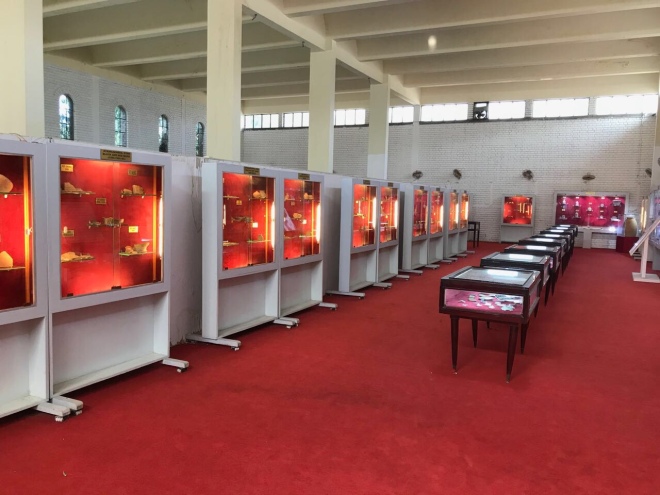 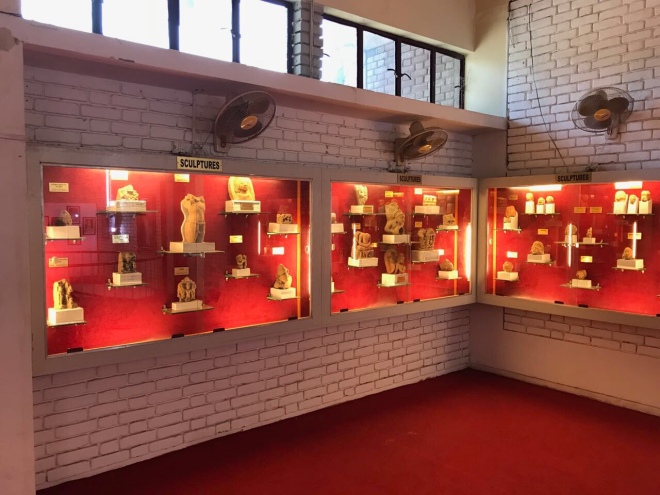 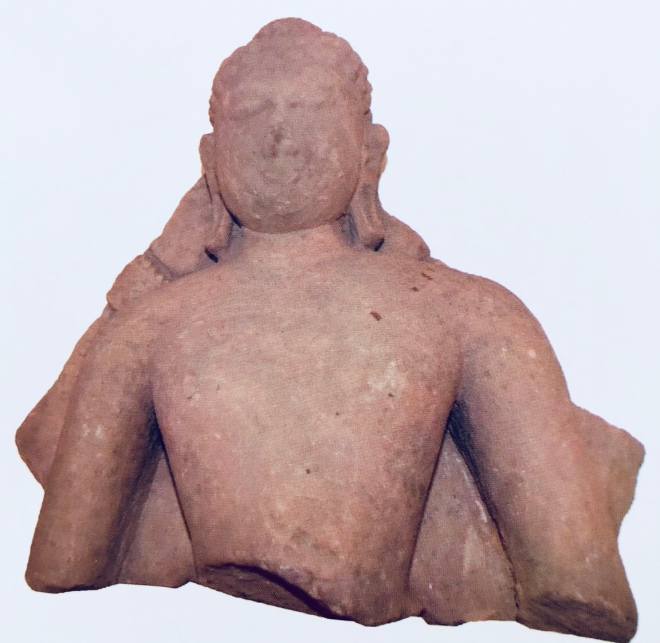 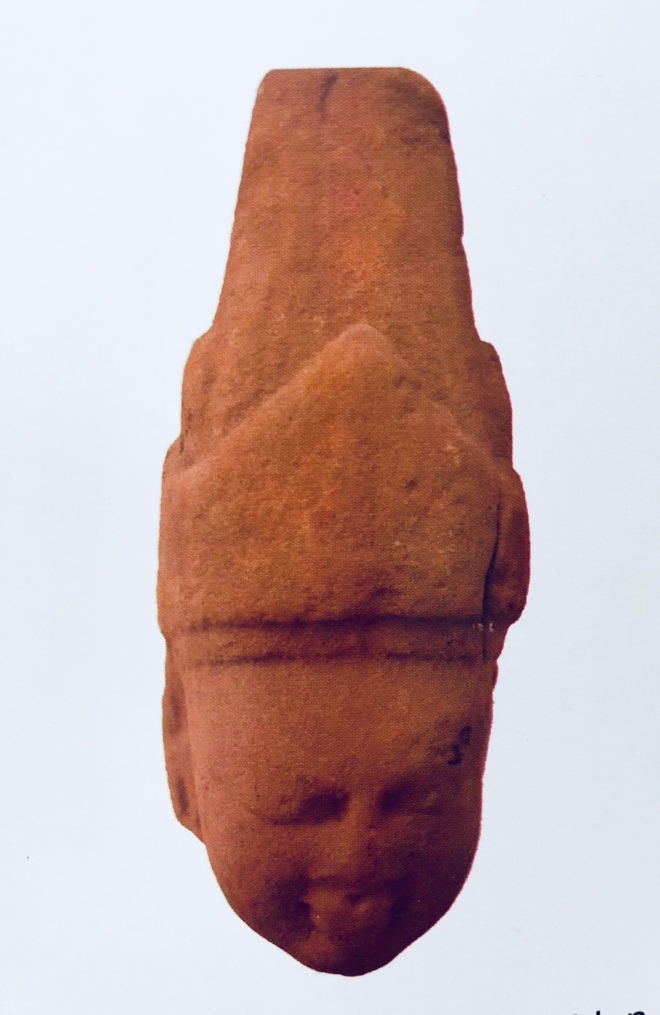 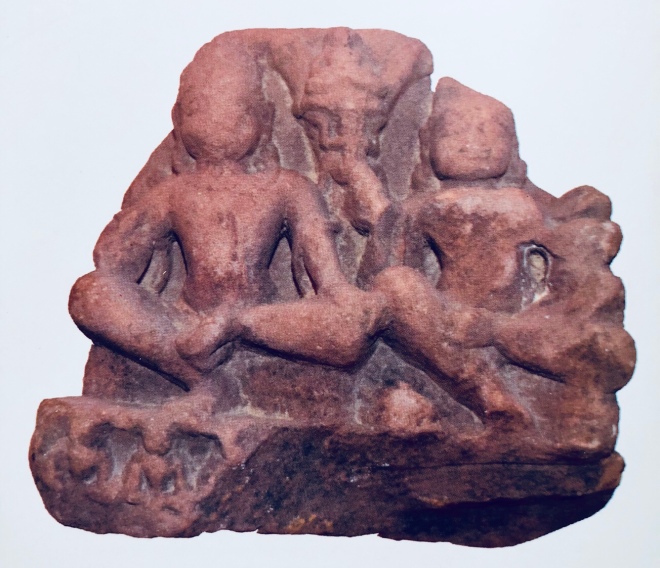 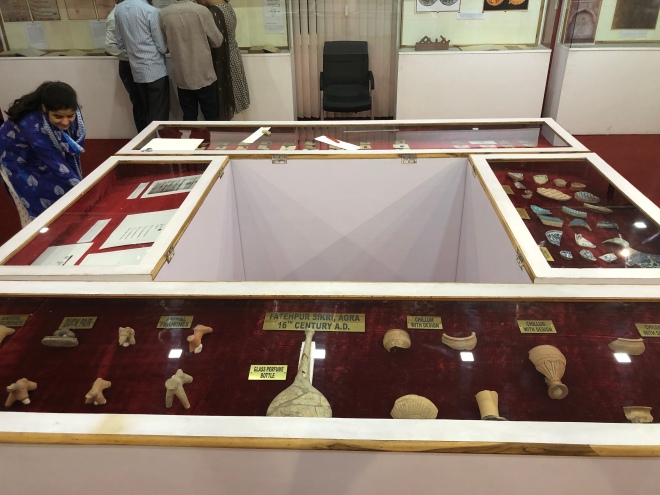 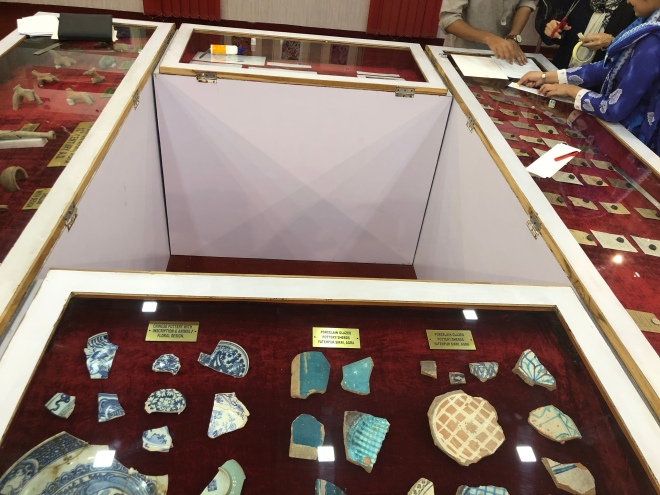 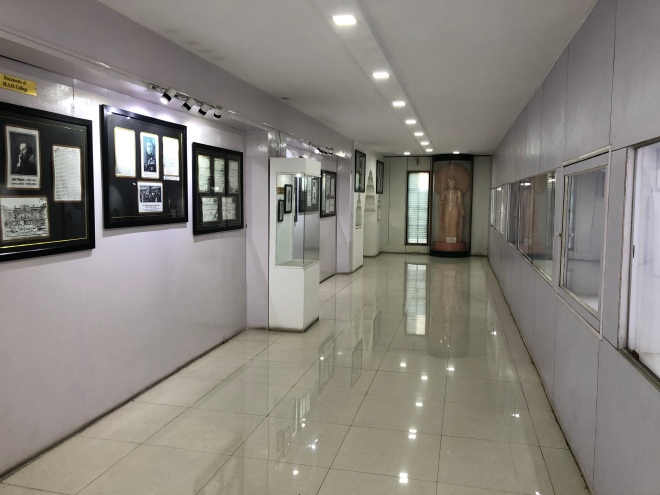 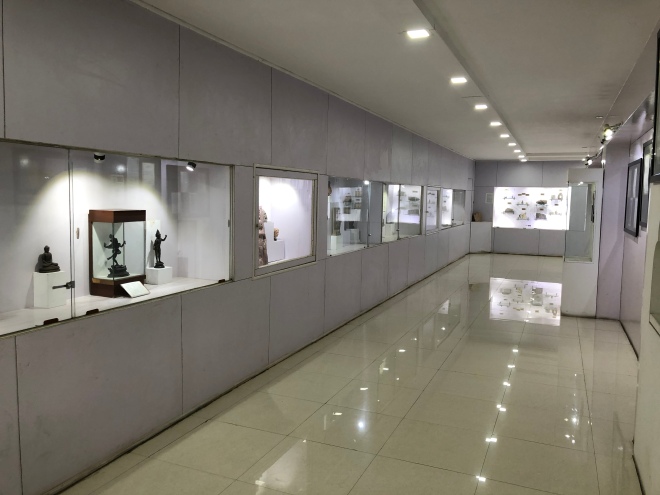 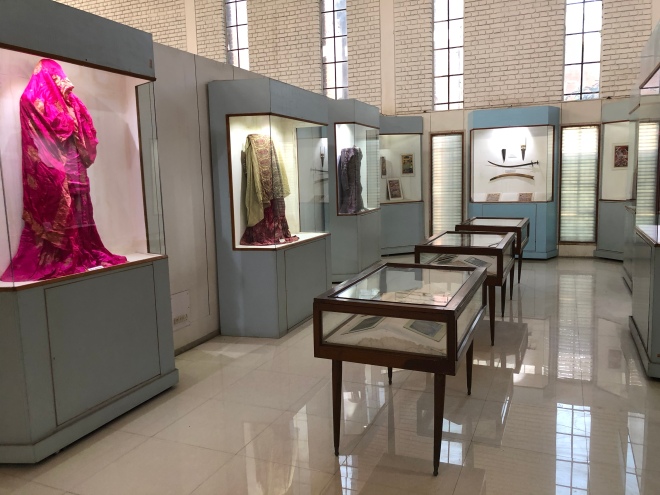