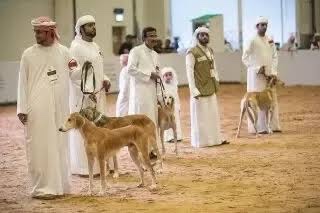 “You would think they were awake, when they were in fact asleep. We turned them to the right side and the left side, while their dog stretched his arms in their midst”

It is traditional among Muslims all over the world to regard the dog as a dirty animal that when touched would void the wudu (ablution) and infect the one who touched it with “nagasah” (dirty impurity)!

Recently the Turkish actor, Engin Altan, who so remarkably played the role of semi-mythical Ertugrul in the mega serial Diliris Eltugrul, has been severely trolled for having a pet dog! The comments and trolling sadly reflect not only ignorance but also misconceptions about religion of Islam. 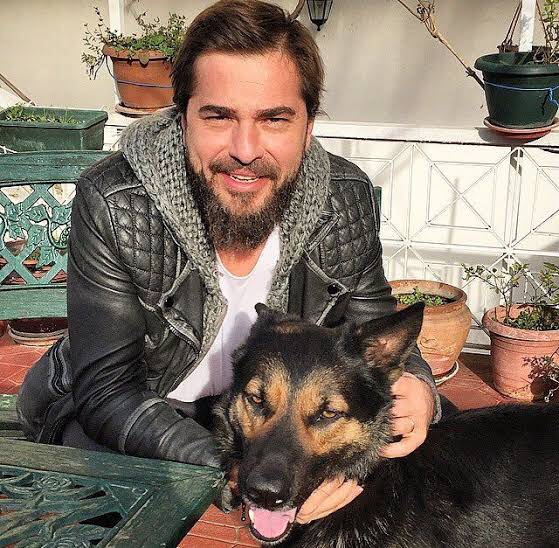 Sadly, this concept of dog being a dirty animal comes from fabricated hadith which claims that the Prophet ordered the killing of dogs and gave numerous hadith that prohibit the keeping of dogs except for hunting and guarding, due to their dirty status! 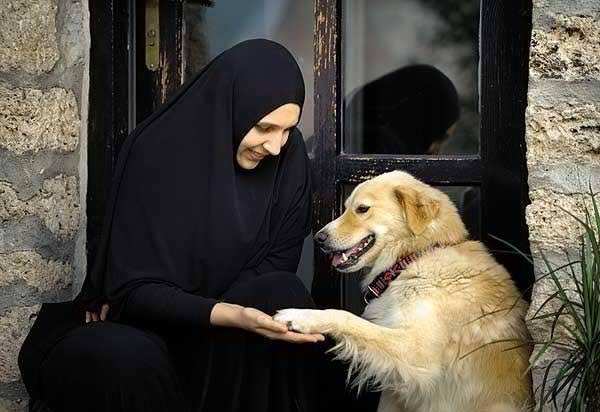 However, by studying the Quran we find no such truth. No where in the Quran are dogs prohibited, nor is there any mention of any contaminating effect of these lovely animals who are man’s best friend. Consequently, we must dismiss all these hadith that fabricate lies against the Prophet. 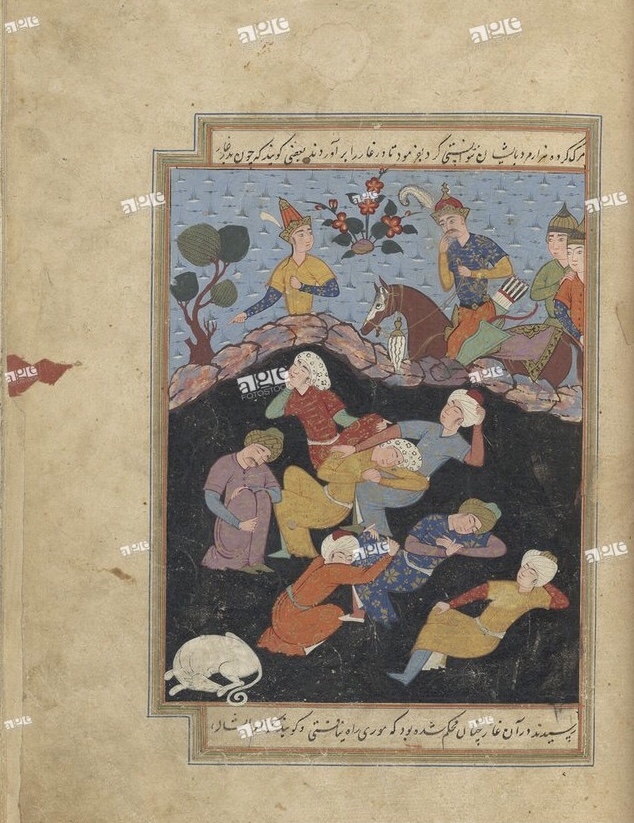 Now if dogs are prohibited and dirty, would God speak of those dwellers of the Cave (who had a dog) as good believers?

2- In verse 5:4 God tells us that it is okay to eat what the trained dogs catch (dogs are used in hunting). Now if the dog is an animal which causes contamination by mere touch, would God tell us it is perfectly okay to eat what the dog catches with his mouth (let alone just touch the dog)?

3- The Quran contains a very important rule for all believers, and the rule is:

Nothing is haram (unlawful) unless it is prohibited by God Himself, and since God describes the Quran as complete, perfect and fully detailed, thus all the prohibitions decreed by God are found in the Quran. The following Quranic verses confirm this truth:

“Say, “Who prohibited the nice things God has created for His creatures, and the good provisions?” Say, “Such provisions are to be enjoyed in this life by those who believe. Moreover, the good provisions will be exclusively theirs on the Day of Resurrection.” We thus explain the revelations for people who know.” 7:32

“Shall I seek other than God as a source of law, when He has revealed to you this book fully detailed?” 6:114

There is not one verse in the Quran where God says that dogs are dirty or that they are prohibited to keep. 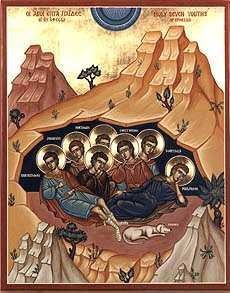 4- Is it logical that God would create an animal to be man’s best friend and serve him in many ways, and then prohibit such an animal?

5- If this is what the Quran has to tell us about the issue of dogs, then where does all the prohibition come from? Where do the claims that dogs are dirty animals which if touched would void our ablution and render us impure come from? As most other corruptions which have crept into Islam, the source is always the fabricated hadith which are falsely attributed to prophet Muhammad!

Hunting dogs and the dog of the Companions of al-Kahf (Arabic: الـكـهـف‎, the Cave) are described in a positive light, and the companionship of these dogs is mentioned with approval. The Qurʼan, thus, contains not even a hint of the condemnation of dogs found in certain Hadith, which the majority of scholars regard to be “pre-Islamic Arab mythology” and “falsely attributed to the Prophet” anyways.

The following are some examples:

“Malik related from Nafi from Abdullah Ibn Umar that the Messenger of God ordered all dogs (other than sheepdogs or hunting dogs) to be killed”.

“You shall kill all black dogs, because they are devils.”

The answer is given in the Quran:

“O you prophet, why do you prohibit what God has made lawful in order to please your wives? God is Forgiver Merciful” 66:1

Obviously God did not include the words in 66:1 in the Quran to belittle the Prophet in our eyes, but these words are placed in the Quran in order to confirm to all believers across all time that the Messenger of God does not have the authority to prohibit anything which is not prohibited by God. God is the only Law Maker (6:114) and the only duty of the messenger is to deliver God’s message (5:92).

Kalb is theArabic term for dog and there are different views regarding it in the traditions.

The Sunni Maliki school of Islamic jurisprudence distinguishes between wild dogs and pet dogs, only considering the saliva of the former to be impure; on the other hand, some schools of Islamic law consider dogs as unclean (najis). The historian William Montgomery Watt states that Muhammad’s kindness to animals was remarkable, citing an instance of Muhammad while traveling with his army to Mecca in 630  AD, posting sentries to ensure that a female dog and her newborn puppies were not disturbed. Muhammad himself prayed in the presence of dogs and many of his cousins and companions, who were the first Muslims, owned dogs; the Mosque of the Prophet in Medina allowed dogs to frolic about in Muhammad’s time and for several centuries afterwards.

In “two separate narrations by Abu Hurayrah, the Prophet told his companions of the virtue of saving the life of a dog by giving it water and quenching its thirst. One story referred to a man who was blessed by Allah for giving water to a thirsty dog, the other was a prostitute who filled her shoe with water and gave it to a dog, who had its tongue rolling out from thirst. For this deed she was granted the ultimate reward, the eternal Paradise under which rivers flow, to live therein forever.” The Qur’an (Surah 18, verse 9-26) praises the dog for guarding the Seven Sleepers fleeing religious persecution; Islamic scholar Ingrid Mattson thus notes that “This tender description of the dog guarding the cave makes it clear that the animal is good company for believers.”

Hazrat Umar, the second Caliph of Islam, said that if a dog was hungry in his kingdom, he would be derelict of his duty. According to the Qur’an the use of hunting dogs is permitted, which is a reason the Maliki school draws a distinction between feral and domesticated dogs―since Muslims can eat game that has been caught in a domesticated dog’s mouth, the saliva of a domesticated dog cannot be impure. Abou El Fadl “found it hard to believe that the same God who created such companionable creatures would have his prophet declare them ‘unclean'”, stating that animosity towards dogs in folk Islam “reflected views far more consistent with pre-Islamic Arab customs and attitudes”. Furthermore, “he found that a hadith from one of the most trustworthy sources tells how the Prophet himself had prayed in the presence of his playfully cavorting dogs.”

According to a story by Muslim ibn al-Hajjaj, black dogs are a manifestation of evil in animal form and the company of dogs voids a portion of a Muslim’s good deeds; however, according to Khaled Abou El Fadl, the majority of scholars regard this to be “pre-Islamic Arab mythology” and “a tradition to be falsely attributed to the Prophet”. Mattson teaches that for followers of other schools, “there are many other impurities present in our homes, mostly in the form of human waste, blood, and other bodily fluids” and that since it is common for these impurities to come in contact with a Muslim’s clothes, they are simply washed or changed before prayer. However, this is not necessary for adherents of the Sunni Maliki school as “jurists from the Sunni Maliki School disagree with the idea that dogs are unclean.” Individual faṫāwā have indicated that dogs be treated kindly or otherwise released, and earlier Islamic literature often portrayed dogs as symbols of highly esteemed virtues such as self-sacrifice and loyalty, which, in the hands of despotic and unjust rulers, become oppressive instruments.

Apart from all these a saying is also quoted from Imām Ali by Abu Huraira:

Some scholars hold that in this saying instead of کلب the term used is کَلِب which means rabid dog.

One has also to remember that Islam doesn’t allow deceiving, slapping or cursing an animal let alone killing it for no reason.

This is a famous quote from Imam Ali(a):

“By Allah even if I am given all the domains of the seven (stars) with all that exists under the skies in order that I may disobey Allah to the extent of snatching one grain of barley from an ant I would not do it.”

Further according to a saying included in Nahj al-Balagha, (sermon 215) Imām Ali said:

“…The Prophet (S) said, ‘No animal, including a bird or any other kind, is killed unjustly except that it will raise a complaint against him [the killer] on the Day of Resurrection.’[See also Kanz al-’Ummal, no. 39968]

There is also a Hadith of the Prophet (S) in which he said:

‘Whoever kills a sparrow in vain, it will cry out to Allah against him on the Day of Resurrection saying, ‘O my Lord, so and so killed me in vain and did not kill me for any useful purpose.’[Kanz al-’Ummal, no. 39971]

‘The Prophet (S) forbade the killing of any living thing unless it causes harm.’[Kanz al-’Ummal, no. 39981]

Let us conclude by quoting Imam Ali (a) who said:

How can cursing an animal be considered a sin but killing it for no reason be permissible?!

The outcome of all the above is that we must discard all the lies attributed to the prophet and Ahle Bayt regarding prohibiting dogs in Islam.

One thought on “Dogs: Are they Dirty, Prohibited Animals in Islam?”