Today if one takes the name of Sultan Alauddin Khalji, a sex maniac and raw meat gnawing savage pursuing the sacred queen of brave upright Rajputs, Rani Padmini comes to mind. But then like every thing else in this post-Truth era, this is as far from truth as anything can be!

The man supposed to be buried in this tomb, far from being a savage, was a man of refined taste. Yes he came to occupy the throne by killing his uncle by deceit. Jalaluddin believed him to be a repent nephew. As he embraced him wholeheartedly, Alauddin stabbed him in the back. 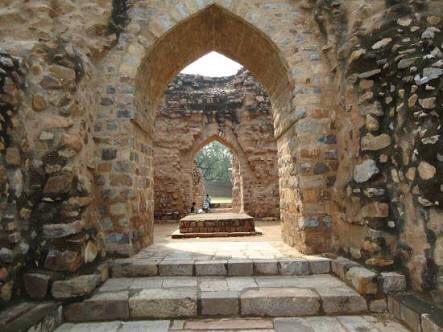 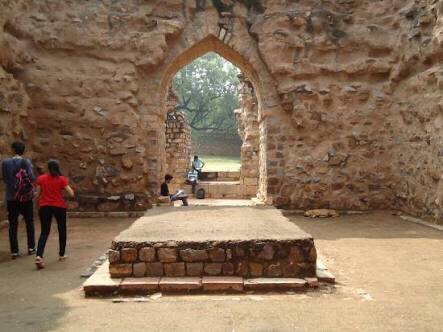 But then once he occupied the throne, he did things which transformed the Sultanate: Agrarian Reforms, Market and Price Control, measures to abolish acts of hoarding grain, a full fledged standing army, recruitment of Indian elements, measurement of land and revenue based on the yield per bigha… were all measures launched by him. He emerged as the first enlightened Sultan who realised that to rule India, secular laws (zawābit) were needed and not shariat! It was during his reign that the arcuate style came to be established and the arch and dome became a common established feature, which is now referred to even by indigenous architects, builders and geometricians.

Sultan Alauddin Khilji, the occupant of this dilapidated tomb was the first great Sultan who not only ruled over North India but also gained suzerainty over the Deccan. Malik Kafūr, a Hindu general was sent to conquer the Deccan. He thus emerged as the first pan-Indian king of the Delhi Sultanate!

This building built of rubble stone was originally a part of the madrasa (school / seminary) established by him….

One thought on “Sultan Alauddin Khalji”